Will Walmart's changes to reduce plastic waste catch on?

Not all packaging is created equal.

Go inside any Walmart and survey all the plastic packaging: There's that flexible plastic used to box phone chargers, makeup, and socks. There are the clamshell-style plastic containers used for berries and tomatoes. And plastic shrink wrap. And plastic shopping bags.

Just because something is plastic, doesn't mean it can be recycled.

"There are plastic items we cannot actually recycle," said Earl Gloster, Clearwater's director of solid waste. "It's tricky because sometimes there's not an end-user who wants that particular product."

In response to a mounting plastic problem, Walmart is moving away from nonrecyclable plastics and overhauling its packaging. It's focusing on its private label products, but encouraged national suppliers at its annual supplier forum last week to set similar package goals.

Walmart is an industry leader, the world's largest retailer and the country's leading grocer. But will other companies follow the chain's new pursuit to less plastic waste?

"As a global retailer that has set an ambitious aspirational goal to create zero waste, we fully recognize that reducing plastic waste by increasing packaging circularity is an area where Walmart can lead," Walmart's senior vice president of global sustainability Laura Phillips said in a statement.

By 2020, Walmart says it's going to work with suppliers to remove non-recyclable packaging material found in flimsy plastic boxes. By 2022, it has pledged that all of its private-label products will have clear recycling instructions. By 2025, the company says those products' packaging will also be 100 percent recyclable, reusable or compostable.

"This announcement sends a positive signal to the marketplace, especially in the United States," the Association for Plastics Recyclers CEO Steve Alexander said in a statement.

Target started using the "How2Recycle" instruction label on some of its store brand products in 2013. The labels are designed to demystify how every piece of product packaging can, or cannot, be recycled.

By 2016, Walmart and Target were both using the labels. The stores' participation encourages more brands to join, according to GreenBlue, a nonprofit in Virginia.

Globally, less than 14 percent of plastic gets recycled, according to industry estimates. The rest is either burned, sits in landfills or litters oceans and land.

Tampa Bay's publicly owned waste facilities can only recycle the things manufacturers want to buy after they've been priced in bulk. And when the nonrecyclable trash and plastics get in the way, it makes it less likely for the desired plastics to get a shot at a second life.

Gloster, of Clearwater's solid waste department, said he's also pushing for consistent labeling so he can keep his facility's plastic stream free of contaminates, which is anything (even plastics) that can't be recycled.

Take a hand soap or shampoo bottle with a pump, for example. The bottle is recyclable, but the pump isn't. The How2Recycle label instructs users to toss the pump and rinse and recycle the bottle. Other labels note to throw out the thin plastic wrappers on frozen pizzas and only recycle the round cardboard piece if its dry and free of grease.

Tampa Bay waste programs have adopted the slogan, "When in doubt, throw it out" to encourage people to keep nonrecyclable plastics out of the blue bins.

"The recycling facilities are set up to recognize the most common items," said Stephanie Watson, Pinellas County's recycling outreach and program supervisor. "Ninety-nine percent of municipalities use single-stream recycling. Everything goes into one cart. At the processing facilities, materials are separated out."

The recycling bin at your curb should only be filled with plastic bottles and jugs, cartons, paper and flattened cardboard, metal cans, and glass bottles and jars.

That means no plastic wrap, bubble wrap, takeout containers, Styrofoam or most produce packaging. Takeout cups can't be recycled because of the plastic that coats them, nor can PVC pipes.

Anything the machines can't recognize, or simply doesn't belong, clogs up the entire operation, Gloster said.

Plastic shopping bags and electrical cords can tangle inside machines and halt the line. Any container that's not at least rinsed out and free of food can also contaminant the plastics or paper collected, making it worthless to buyers.

"There's also people on the line picking out the things that shouldn't be there," Gloster said. "It adds to the processing expenses to get out the items that don't belong."

Since 2018, plastics have been harder than ever to sell. China, which once bought 40 percent of U.S. recycled plastics, has cut back and raised its buying standards. The more contaminants that get in the mix, the harder it is to sell plastics that meet the upped standards.

"Since the new policy, processors have not been able to sell as much as previously and the market prices are much lower," Gloster said.

Locally, unrecycled plastics and garbage are sent to incinerators at waste-to-energy plants. The burning garbage heats water and produces steam that turns a turbine generator to produce electricity. That electricity often runs local government buildings and the excess is sold to power companies such as Duke and Tampa Electric Co.

The ashes are spread over landfills. The facilities say they monitor pollutant emissions given off by burning the mix of trash and plastic to stay in compliance with the Clean Air Act.

If Walmart follows through on its plans, it could mean less single-use, nonrecyclable plastics getting into the waste stream.

"Keep it simple," Gloster said. "Only recycle what we're asking for." 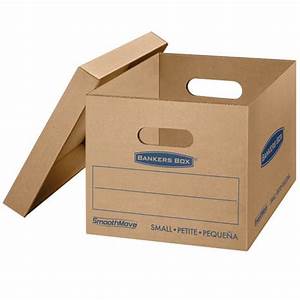 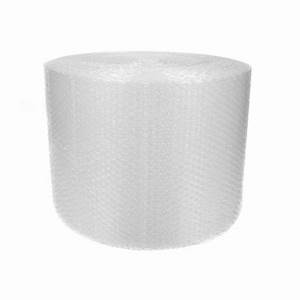 Stickers: Some bubble wrap rolls also include a collection of “Fragile” stickers that you can use to highlight items that are especially susceptible to breaking. "The Sealed Air Corporation created bubble wrap and trademarked the term in 1957." STAFF. BestReviews. Bubble wrap roll prices. Because of the various sizes, it can be difficult to judge whether you’re spending too much on a ...
From bestreviews.com
See details »

I used this for packing up china. True, it's more expensive then your usual bubble wrap but it made everything super easy (not extra tape needed!), without the two step wrap and tape process, there is less of an opportunity to break things (for those of us who are accident prone - though I'm not naming names.)
From staples.ca
See details »

2020-06-03  · Article: bubble wrap rolls Thinking Bubble Wrap Rolls to Eat? We've got you covered. These easy recipes are all you need for making a delicious meal. Find the Bubble Wrap Rolls, including hundreds of ways to cook meals to eat. You got this. Video about Bubble Wrap Rolls
From westmainkitchen.com
See details »

2018-05-14  · Instructions. In a large pan brown your ground chicken using some cooking spray, add in garlic and onions. Once chicken has cook stir in your pasta sauce, ketchup, worcestershire sauce, mustard, sugar and seasonings. Let cook on low for 5 minutes. Spray a large 9x13 casserole dish with some cooking spray and preheat oven to 350F.
From drizzlemeskinny.com
See details »

Amazon, Target & Walmart: Which is the Worst Culprit for Unnecessary Packaging?

In recent years, our society has become ever more aware of its effect on the environment. The retail industry is no different and, if retailers want to keep up, they need to cut down on their use of extraneous packaging materials. This is particularly true of online retailers, who have the additional issue of postal packaging to consider.

But which companies are putting in the effort required to cut down on their packaging materials? We decided to compare three of America’s largest retailers with regards to the online component of their businesses, in order to find out which are the most environmentally conscious.

We began the study by ordering five products from each retailer. These products were:

When each package arrived, it was weighed. We then measured each package’s void gap: the distance between the product and its postal packaging (the dimension chosen for each product is whichever is the largest one). We also took note of the materials used to package each product.

Amazon did less well in terms of its void gap. While Target’s and Walmart’s were 3.5 inches and 2.25 inches respectively, Amazon’s was a total of 9 inches – over triple that of Target!

It should be noted that Amazon’s envelopes, padded with bubble wrap, have been subject to a lot of scrutiny in the past. Although the packaging is recyclable, the two different material types need to be recycled separately and, if this doesn’t happen, it can lead to issues in recycling plants. On the other hand, the use of this kind of packaging is helpful in terms of deliveries: they take up less space in delivery trucks, resulting in a more efficient postal system and fewer greenhouse gases produced in the process of delivery.

Amazon’s blender delivery also did well with its package weight, again due to the use of kraft envelopes instead of cardboard boxes – their total package weight was by far the lightest. This does, of course, bring with it the previously discussed pros and cons that come with padded envelopes, but one can’t argue with the difference in weight here.

This is the third time we’ve seen Amazon in the lead for package weight. They didn’t even have the advantage of using a padded envelope this time: like Target & Walmart, the product arrived in a cardboard box. In spite of this, the total package weight was still less than half that of Walmart due to its box being far smaller in size.

A smaller box of course meant that Amazon’s void gap was inevitably going to be far smaller as well. Less than a third of the length of the other two, Amazon dominated with this product. The difference was particularly evident with Walmart, who placed their board game diagonally within its box. Needless to say, this isn’t a particularly efficient way of packaging: not only does the box take up more space in transit, but the empty space must be stuffed with filler to pad and protect the product.

There were similar results when the void gap was measured – Amazon had the largest gap while Walmart had the smallest. Walmart’s advantage was strengthened further by its use of recycled film as packaging filler, as opposed to non-recyclable materials.

Amazon returned to the lead with the final product, a Black & Decker drill set. The total package weight was 8.1 oz lighter than Target’s and a full 9.9 oz lighter than Walmart’s. Amazon’s package also stood apart due to its use of recyclable kraft paper for void filler instead of the plastic air bags used by the other two retailers.

Speaking of void gap, Amazon was the winner once again here. Their box was a far tighter fit than Target’s and Walmart’s, with the latter retailer’s product coming in a particularly large box compared to the other two. 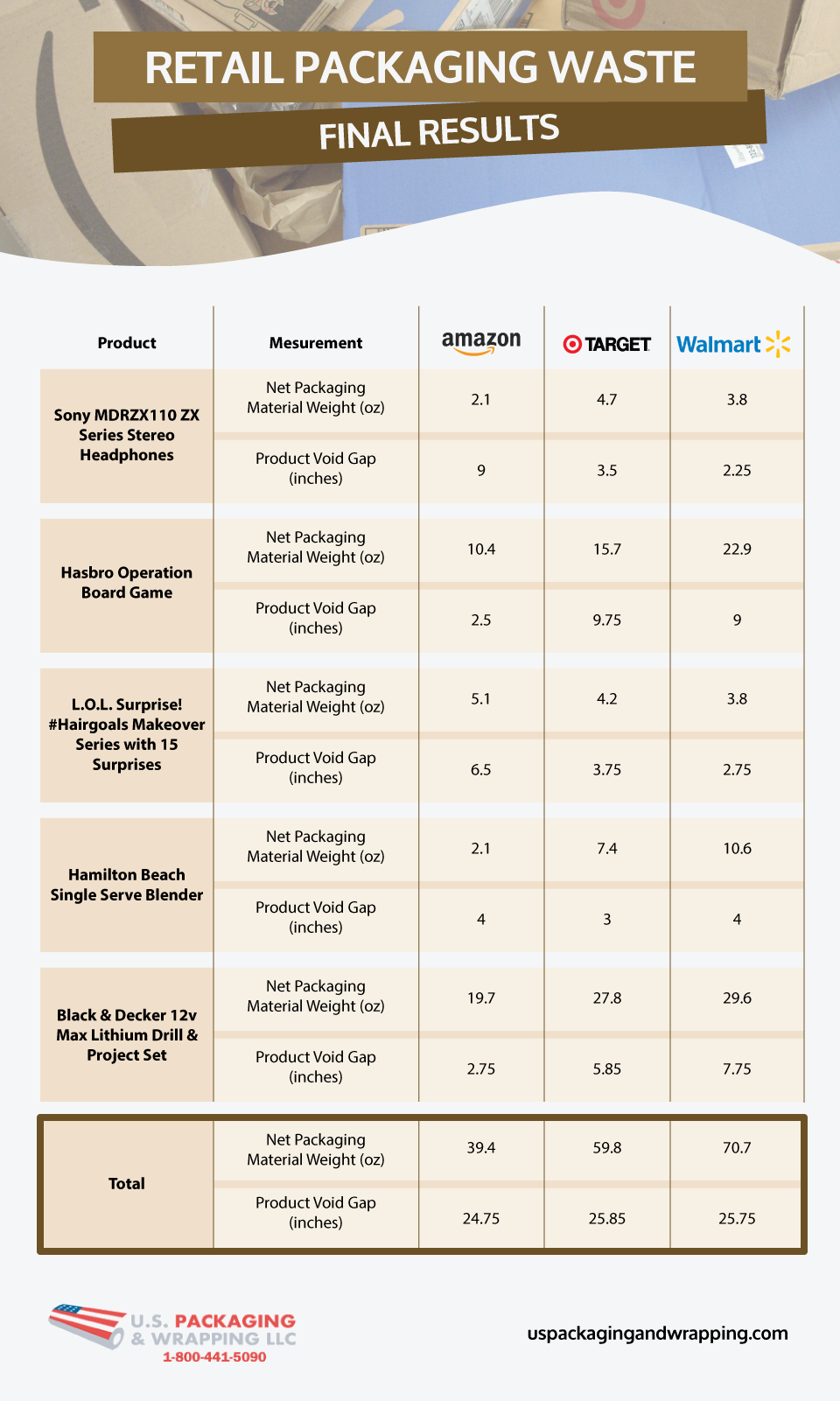 It’s evident that, of the three, Amazon has the lowest amount of packaging waste. Its packaging was the lightest for every product aside from the dolls. The void gaps of Amazon’s products were marginally less impressive (it had the smallest void gap for two products, but the largest void gap for the other three). It did, however, still come first overall.

Meanwhile, the retailer with the worst statistics overall is Walmart. It had by far the highest total packaging weight across all of its products and, although Target had the largest overall void gap, Walmart was only a tenth of an inch behind.

Do you think our results reflect what you’ve seen with regard to ordering products from these retailers, or have you noticed different tendencies from our tested retailers? Let us know in the comments below. If you’d like to see our raw data, click here.

Correspondingly, can you buy bubble wrap at the dollar store?