For those whose visages are plastered on increasingly high-def screens around the world, hair loss and balding are nightmares. "As an actor loses hair, they lose work," says David Shusterman, hair transplant surgeon and founder of New York Medicine Doctors, which treats a number of models, producers and actors. In 2011, Chris Evans, aka Captain America, was candid about his hair beginning to disappear: "I'm supposed to be this superior human. How horrible would it be if this superior man has male pattern baldness?" No word on what he has done about it since, because the shroud of secrecy around male hair loss has become only more opaque.

Tom Arnold, John Cleese, Jason Alexander, Dennis Miller, Christopher Knight and Joey Fatone all have been vocal about efforts to regain a healthy pile, from transplants to Farrell toupees, but no longer. Unlike 20 or even three years ago, when plugs came with telltale back-of-head scars, surgeons' best work now goes virtually undetected. "Since [celebrities] don’t have to say anything, they choose not to," says Craig Ziering, aka Doc Hollywood of hair restoration. “They don't have to admit to it.”

Except for Matthew McConaughey, who for 18 years, has religiously rubbed Regenix's bespoke biopharmaceutical liquid into his scalp three times a week, says CEO Bill Edwards: "He has been a client since 1999, and I promise you he has never missed a treatment day. I send it to him when he and his buddies are on a camping trip." Other stars, says Edwards, would talk about Regenix — an oft updated, custom formulation based on lab test results from the Cedars-Sinai clinic ($200 to $250 a month for two to six months initially) — but "agents won't let them because of fear of losing work and insurance" on projects.

These days, early detection is key to treating hair loss. Dermatologists and plastic surgeons recommend testing 250 biomarkers ($400 to $500) to analyze causes — anemia, hormonal issues, genes — before charting a course of action. A-list dermatologist David Colbert predicts that in the future, “unlocking the genetic key of the hair growth cycle and finding a biological control switch in the form of a pill or solution would be the holy grail of baldness." He also cites progenitor cells used to regrow dead follicles — making hair production possible after baldness — and hair cloning, on which billions are already being spent testing on mice, as next-level breakthroughs. Current technologies span the gamut, from robot-assisted transplants to cryogenic head caps to amniotic-fluid injections.

A version of this story first appeared in the June 21 issue of The Hollywood Reporter magazine. To receive the magazine, click here to subscribe.

Sign up for THR news straight to your inbox every day 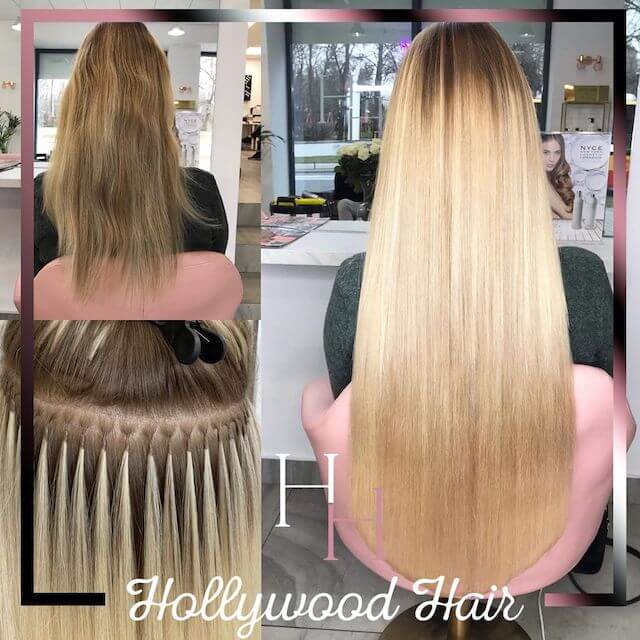 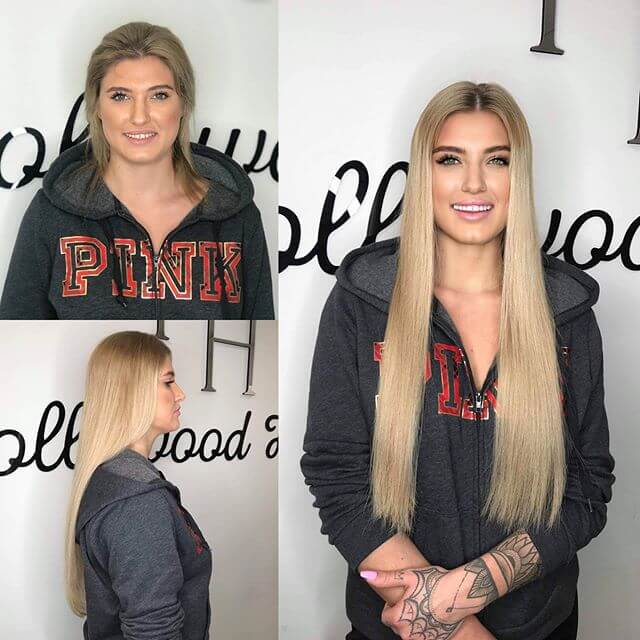 What to Know About Getting a Hollywood Wax

What is a Hollywood wax?

The Hollywood wax is the most complete type of intimate waxing. It removes all of your pubic hair as well as your hair growing around your:

Reportedly, the Hollywood wax gets its name from its popularity among Hollywood actors.

The Hollywood wax is just one of many options you have for grooming your pubic hair. Keep reading to find out how it differs from other popular waxes and what you can expect during the procedure.

How is this different from a Brazilian wax or bikini full wax?

The names of the different types of intimate waxes can be confusing, and many salons use the same terms in different ways. During a Hollywood wax, your technician will remove all your hair on your:

A Brazilian wax is similar but generally leaves a small strip or triangle of hair in the middle of your pubic region.

Bikini waxes aren’t as complete as the Hollywood or Brazilian styles. During a regular bikini wax, your technician will remove all your hair outside your bikini line and sometimes a bit from the top of your pubic region.

The full bikini wax takes this one step further and cuts deeper into your bikini line. It can involve removing some or all of your pubic hair. Unlike the Brazilian and Hollywood, it doesn’t remove your hair around your anus.

If you aren’t sure what to call the type of wax you want, you can describe what you want to your waxing technician so you don’t walk out of the salon with something you’re unhappy with.

Are there any health benefits?

Whether you groom your pubic hair or not is mostly personal preference. But there are a few potential benefits to waxing.

Waxing your pubic hair may potentially exfoliate your skin by removing dead skin cells from the top of your skin.

Exfoliating your skin can help encourage the formation of new skin cells and potentially improve your absorption of moisturizers.

Compared to shaving or using an epilator, waxing your pubic hair tends to cause fewer bumps or irritation.

Waxing can damage the roots of your hair and may cause your hair to grow back thinner or weaker, which may be a benefit depending on how you look at it.

In theory, removing all your pubic hair may also help protect you from pubic lice.

Are there any side effects or precautions?

Going to a salon that doesn’t follow hygienic practices can put you at risk of developing a sexually transmitted infection (STI) or bacterial infection.

A 2014 letter to the editor showed that the following conditions result from contaminated waxing tools during pubic hair waxing:

A 2014 study found that of 333 women reported at least one health complication in their life due to pubic hair removal. The most common complications were sore skin and ingrown hairs. In rare cases, it’s possible to also experience:

Removing pubic hair may raise your risk of developing an STI

The study above found a greater lifetime prevalence of STIs in people with a history of grooming their pubic hair compared to nongroomers.

Extreme groomers had an even higher lifetime prevalence of STIs than occasional groomers. Extreme groomers were defined as people who remove all their pubic hair more than 11 times per year.

Is there anyone who shouldn’t get a Hollywood wax?

Waxing is considered safe for most people. However, if you’re taking any of the following, your skin may be more sensitive than usual and waxing may be more uncomfortable:

You may want to reconsider getting a wax when you’re menstruating due to increased sensitivity around your pubic region.

If you do get a wax while menstruating, wear a menstrual cup or tampon to your appointment to avoid free-flowing blood.

It’s generally safe for pregnant people to get waxed, but you may want to check with your doctor if you’re in your third trimester. It’s also important to go to a reputable salon to avoid developing an infection.

If you have a genital piercing(s), your wax technician may ask you to remove it. If you can remove it, they will try to work around the area.

How to prepare for a Hollywood wax

You don’t need to do much to prepare for your waxing. You’ll have to let your hair grow out to be at least a quarter of an inch for the wax to properly stick to it. If it’s longer than half an inch, you may want to trim it down.

Some other things you can do that may make your appointment go more smoothly include:

How is a Hollywood wax done?

Your waxing appointment will likely take roughly 30 to 40 minutes. Here’s what you can expect.

If you’ve never had a Hollywood or Brazilian waxing, you’re likely wondering if it hurts. The short answer is yes, it will likely be at least somewhat painful.

The amount of pain you experience varies based on your individual tolerance. Many people report waxing being the most painful during their first waxing and less painful as they became used to it.

Some people take a pain reliever like ibuprofen before their waxing to take the edge off the pain.

Visiting a salon with properly trained technicians and sticking with a hard wax instead of a soft wax may also help reduce pain.

After your waxing, it’s a good idea to avoid activities that might irritate your skin or transfer bacteria to the waxed area.

How do you find a reputable salon?

Finding a reputable salon for your waxing is important. Going to a salon that doesn’t follow good hygiene practices puts you at risk of developing an infection and possibly even a sexually transmitted infection.

If the technicians at the salon aren’t properly trained, you’re also at a higher risk of having a painful experience.

Before visiting a salon, it’s a good idea to read the reviews to see if anybody has had a bad experience. You may also find it helpful to ask your friends if they can recommend a business.

How long does a Hollywood wax last?

After waxing your pubic hair, it will take roughly 3 to 4 weeks for your hair to start to grow back. The exact time depends on how quickly your hair grows.

People with dark hair and light skin may notice hair regrowth earlier than people with a hair color closer to their skin tone.

Many waxing technicians recommend waiting at least 6 weeks between waxes.

A Hollywood wax is a type of intimate waxing that removes all your pubic hair as well as your hair around your:

Some find that the first time they get waxed is the most painful. If you’re worried about the pain you can try taking an ibuprofen or other mild pain reliever about 30 minutes before your waxing appointment.

How to fix low client fps