In our latest Nitro Time Machine, we go back just four years to 2017 when Matt Hagan scored his first Funny Car title at The Strip at Las Vegas Motor Speedway,

Of missing jackets, missing friends, missing columns, and moving on down the road

The return of the Dragster Insider includes the tale of the missing firesuit, memories of John "Tarzan" Austin and Dal Denton, and moving on from one NHRA home to another.

A diverse field of 11 rookie drivers representing the future of the NHRA Camping World Drag Racing Series were announced by NHRA officials as the eligible candidates for the 2021 NHRA Rookie of the Year award. Drivers must compete in a minimum of five events to be eligible.

NHRA fans and others planning to attend the Auto Club NHRA Finals, Nov. 11-14, to witness the dramatic crowning of the 2021 NHRA world champions in Pomona will NOT be subject to vaccine verification or proof of negative COVID test due to voluntary capacity limitations imposed by the NHRA.

Down to the wire: A look at Lucas Oil Series sportsman championship battles

NHRA Insider podcast: Coming Up On The Long Side of Short

Matt Smith and J.R.Todd join Brian Lohnes on this episode of the NHRA Insider podcast to talk about their respective weekends in Bristol at the Thunder Valley Nationals and to chat about the last two races of the season.

The Sports Report: Stanfield takes his shot at a fifth championship

It’s been 27 years since Greg Stanfield won the last of his four NHRA Super Stock championships but after winning in Bristol, he’s on the verge of another one.

Speed and traction go hand-in-hand, but as Bostick explains, what Pro Stock Motorcycles lack in ride comfort they more than make up for in their ability to launch off of the starting line.

A rare look at the track maps that John Force Racing's Lanny Miglizzi hand draws of every stop on the Camping World Drag Racing circuit.

See what was [jokingly] referred to as Ron Capps' favorite moment of the 2021 NHRA Thunder Valley Nationals.

Tickets are now on sale for the NHRA Camping World Drag Racing Series’ return to Wild Horse Pass Motorsports Park in 2022 for the NHRA Arizona Nationals on Feb. 25-27.

Five things we learned at the NHRA Thunder Valley Nationals

It’s hard to top the reverberations of 11,000-horsepower echoing through the mountains at Bristol Dragway and it was music to everyone’s ears to have it back at last weekend’s NHRA Thunder Valley Nationals.

On a terrific weekend for DeJoria, she finished the job against J.R. Todd on Sunday, going 3.921-seconds at 327.66 mph to win the NHRA Thunder Valley Nationals and get her first victory since 2017.

The NHRA National Dragster photographers were all over Bristol Dragway on raceday Sunday at the NHRA Thunder Valley Nationals, capturing the action on and off the track at the fifth race of the Countdown to the Championship.

Things to do between races

Fun stuff for kids of all ages

The new NHRA.tv Sportsman livestream service will provide complimentary access to select NHRA Lucas Oil Drag Racing Series events all season to NHRA fans, courtesy of a partnership with NHRA National Dragster magazine. If you don’t already have an NHRA.tv subscription, you can still sign up for free to see dozens of divisional events this season.

Click on the Subscribe Now link on the top right corner of your browser.  (This is the path to both pay and free subscriptions; you can choose your plan on the screen that follows username and password creation.) 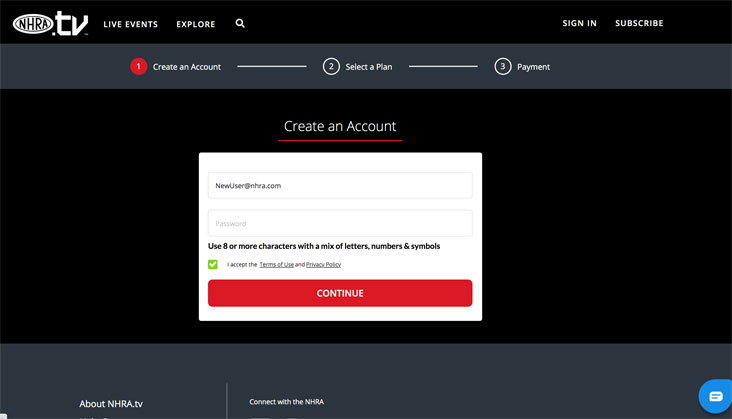 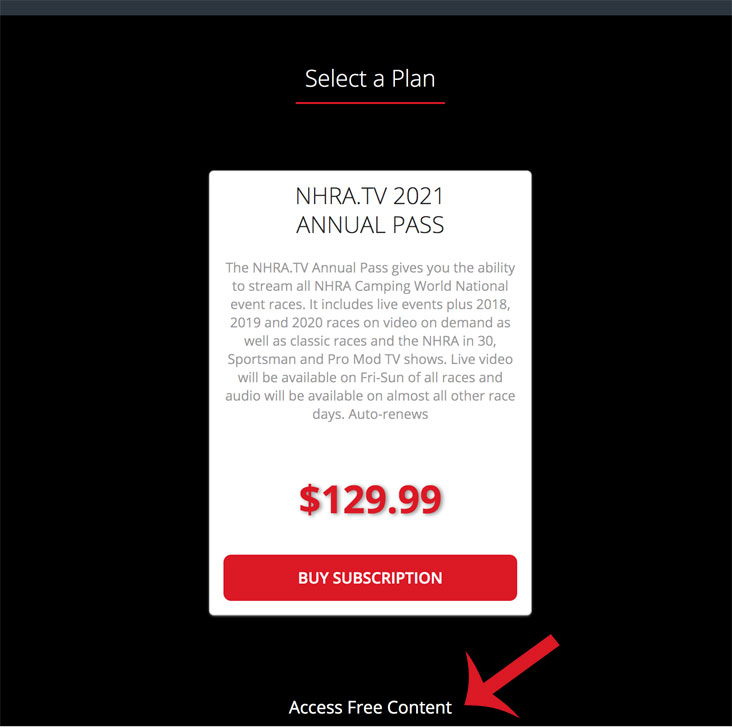 This action will return you to the NHRA.tv homepage. Click “Live Events" to access livestream day of the event.

Many of the live events will also be featured on the homepage under the LIVE NOW tab.

Free users can also scroll down to the Free Content section of the homepage to see all current free content, including studio features and Nitro Time Machine episodes.

Vizio blinking on and off