OK. It's similar to what I have. I was looking in the manual, but they don't seem to explain this at all, which is case of my MSi motherboard too. But in a review of ASUS STRIX Z270E motherboard, which uses the same SupremeFX codec and op-amps, I found this, which I slightly edited:

Well, let's assume the reviewer got this information directly from the company.

As I found out, your headset has an impedance of 50 Ohm. Therefor, it's clear that you should be using the Performance mode. It amplifies the overall signal. Changing this also has an effect on the frequency curve a little, but not in the way you want it to. Indeed, you would need to use an equalizer for it. By the way, the one which was in your sound driver probably disappeared after you installed Equalizer APO.

Anyway, now when we have sorted out what mode to use, we can equalize. : ) At least that's how I would do it.

I was searching for a graph showing a frequency response of your headset and found one, but I'm not sure about its reliability. However, we can also use this guide:

I believe the footstep sounds also has some higher frequency, but I'm not sure which. Maybe they are those showed in the video. I would have to analyze the sound myself. But I want to mention one thing: Creating too big advantage over others can make you a cheater. If you're compensating for a disadvantage, then it's ok, but if it becomes an obvious advantage and it's more than a fine-tuning, it can make you kind of a cheater. So if at all, I suggest to increase it only a little, probably by like +3 dB. By the way, an interesting thing: Decreasing gain of frequencies can have less obvious effect than increasing gain by the same amount of dB.

If you're going to boost some frequencies, then I suggest to lower the overall volume with the pre-amp in Peace and then trying to boost them with less or similar amount of dB, so they don't exceed the 0 dB line. This way you can prevent it from clipping. Still, I recommend to use the "Prevent clipping" feature.

From my experience, many games have incorrectly equalized sounds or they can be clipping or cause some other sound glitches. For instance, the CS:GO caused popping sounds when I was trying it out and I also noticed different equalization of various sounds in the game, so I uninstalled it. Clipping isn't good for speakers, nor for our ears and popping sounds are even worse, in my opinion.

The method of moving the entire EQ which Peter suggested could definitely work for determining the higher frequencies of the footsteps. By higher frequencies I mean frequencies from around 2 kHz to perhaps 8 kHz in this case. But they can be various, depends on game. There is most likely some general curve for this, but I don't know it. Of course, it will affect other sounds too, like a gunfire of weapons and then it can become too sharp, so you need to be careful when equalizing. It's probable that your headset has already quite a flat frequency response, so you may only need to fine-tune it.

Looking to get the most out of your Arctis headset? Are you trying to hear footsteps a bit better in games like PUBG or Rainbow Six so you can get the drop on someone better? Or what about just wanting a better music listening experience? We asked five of our stream team members what EQ settings they used on their Arctis and why. Check em’ out below: 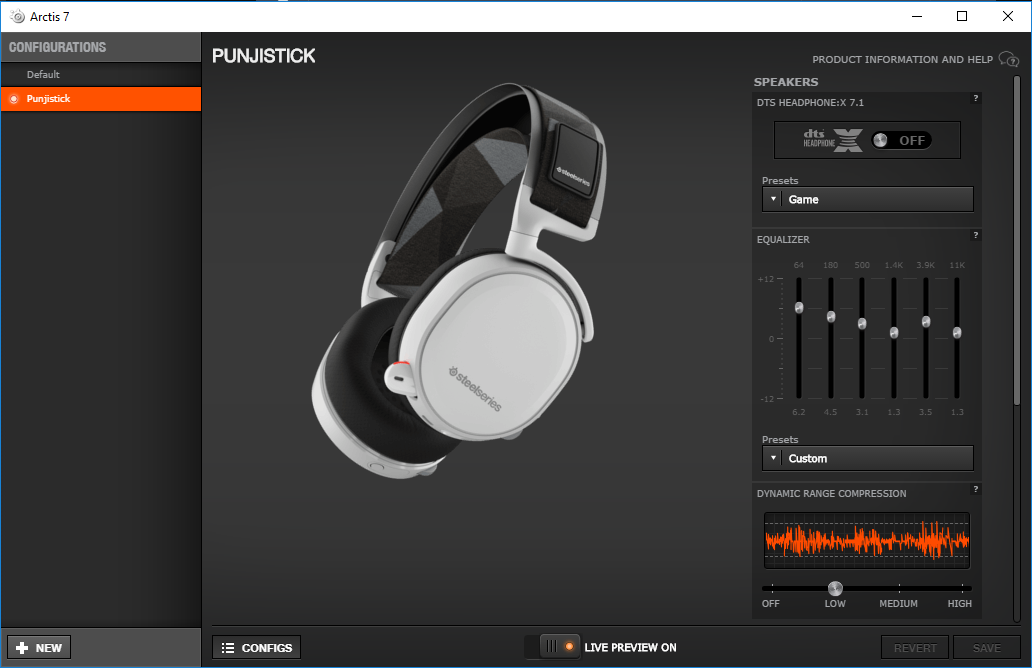 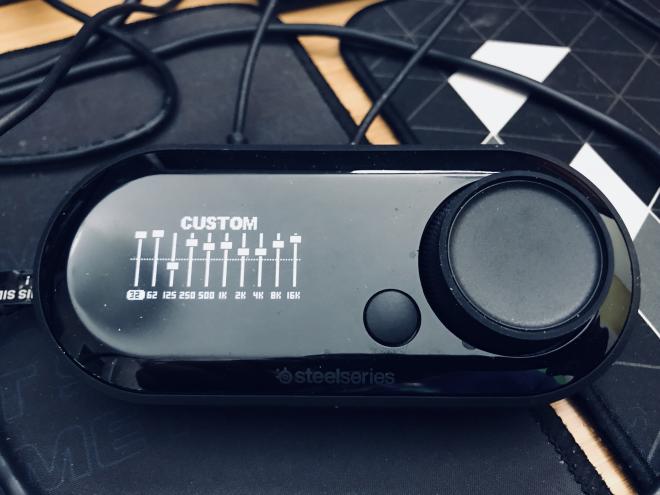 When I first unboxed and set up my SteelSeries Arctis Pro + GameDAC I was instantly comparing it to my Arctis 7's in sound quality. I said to myself "I dont seem to hear a difference", plus the fact that the Arctis 7 were wireless I needed a lot of convincing in the sound department to make me fully switch. Then I found the custom equalizer and my goodness did the sound pour through once I set my custom setting to my liking! I am a fan of good mids, little above average bass boosting and solid mids. When gaming with games such as Fortnite, MMO's, and single player games that have sound play an important role, I wanted to make sure I customized my settings so I can hear the slightest movement in game. Loving this headset and the control base that comes with it is amazing providing sound above my expectations! 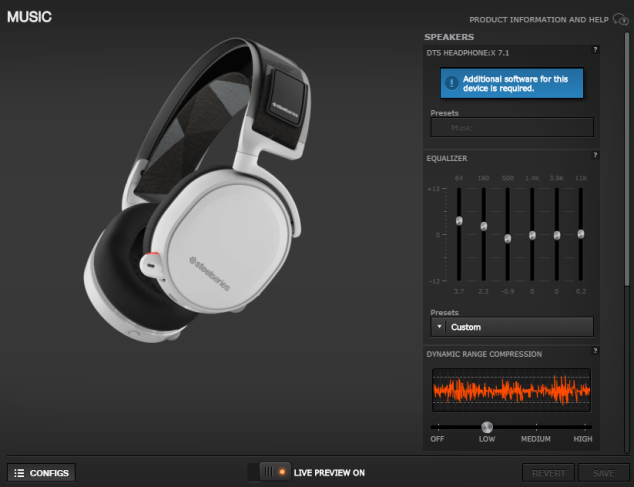 I have set the preset to 'Music' as this gives me a good punchy bass and immersion feel at the FPS games I play. By tweaking the EQ manually, I notice that the sounds are a bit more crisp and warm. A low Dynamic Range Compression allows me to filter out those 'peaks' in volume which gives me a nice and even sound in my ears throughout my streaming sessions. 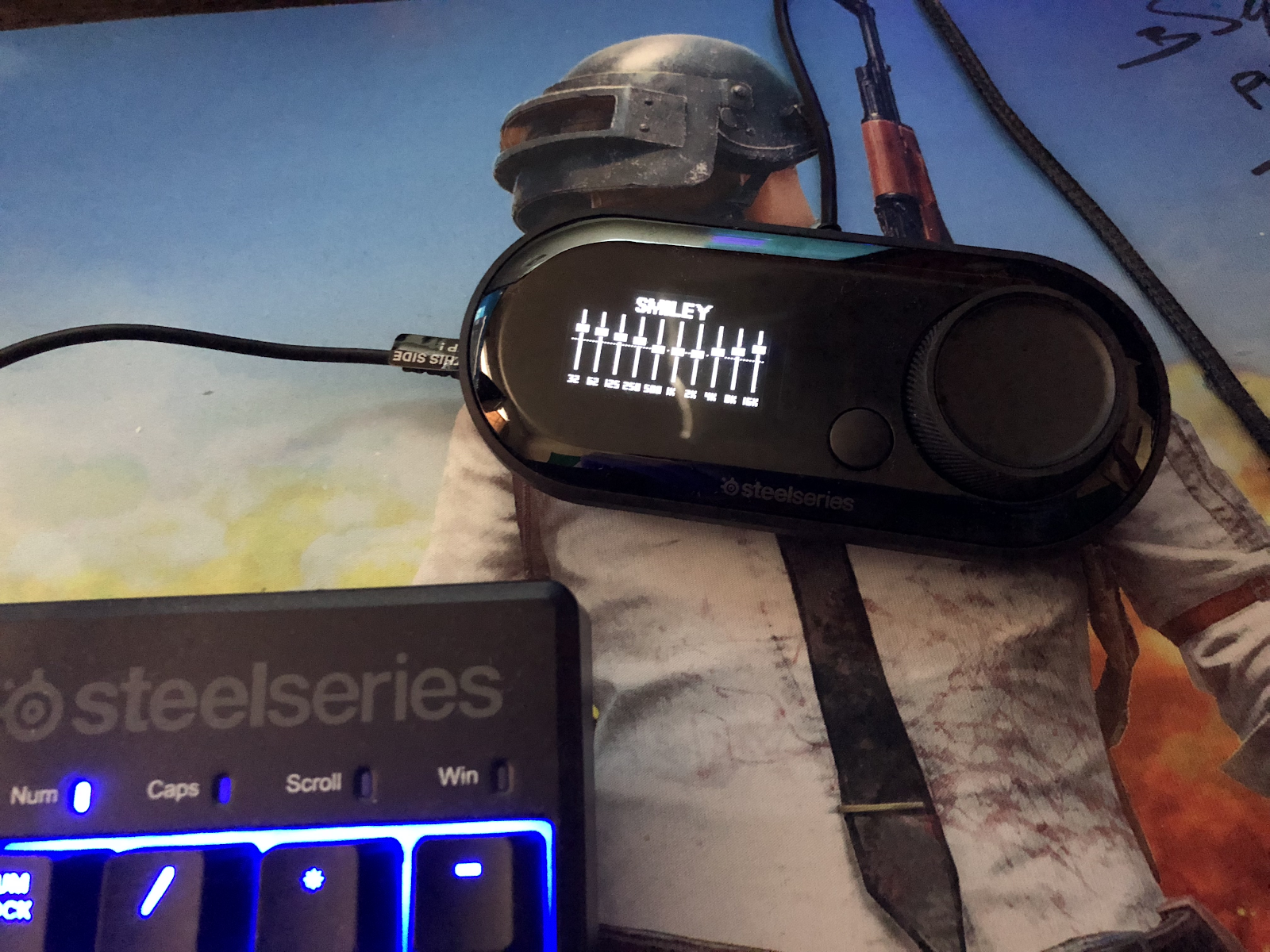 When I play Fortnite, the DAC makes it a completely different experience--sounds are individualized for me when I use the "Smiley" preset. From footsteps to gunshots, sounds are more clear and precise, allowing me to pinpoint exactly where someone is engaging from. I can hear the subtle details in the background, from the nearby water to the birds chirping. 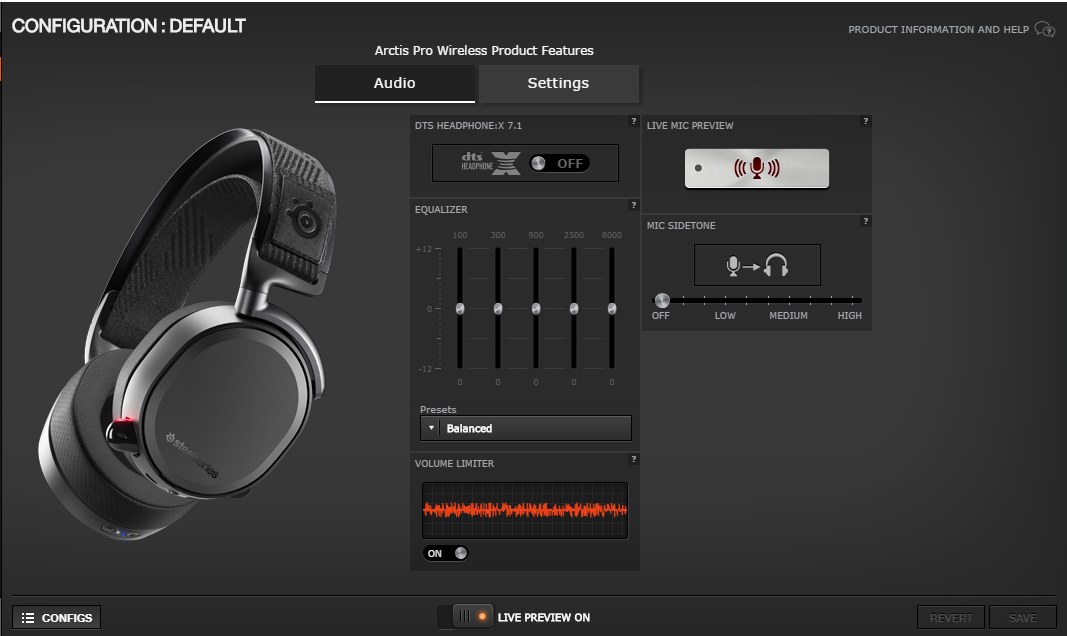 I use the default EQ settings because they're simply perfect out of the box! In a game like PUBG, I can hear every footstep, gunshot, or blade of grass blowing in the wind!

Tweak your Arctis EQ settings using SteelSeries Engine to find what exactly sounds best for you!

Footstep sounds are near the 6k range, so all you have to do is boost that frequency. The lower frequencies are usually explosion noises, so lower those. If you have a equalizer then gradually increase the freqs near 6k and lower the low freqs

Sours: https://guidescroll.com/2019/01/rainbow-six-siege-increase-footstep-volume-reduce-gun-volume-guide/
The Best EQ Setting For Your Gaming Headset