@shinra358 You are an arrogant prick, but I will try to be polite with you and explain everything.

When developer makes a commit it doesn't mean that project is in usable state or that you will get a release.

Durante decided that builds should be included in repository (and I don't particularly agree with this decision, because github have release system that works for most buildable projects). So when he decides that it's time for release he includes his build in a commit.

So, to answer your second question:
Commit was made on 31 Jan and incorporated into main repository on 4 Feb with commit . Judging by history of main library that does stuff and merge graph, build with this change was made here on 7 Jun.

But not only that, you actually misremember things. Because user Jacuzzi actually posted his build the same day he committed his changes.

Why it doesn't work in current release

Why this issue isn't closed

It's hard, but I'm trying to be polite with you.
So stop spewing shit and do your research before posting. 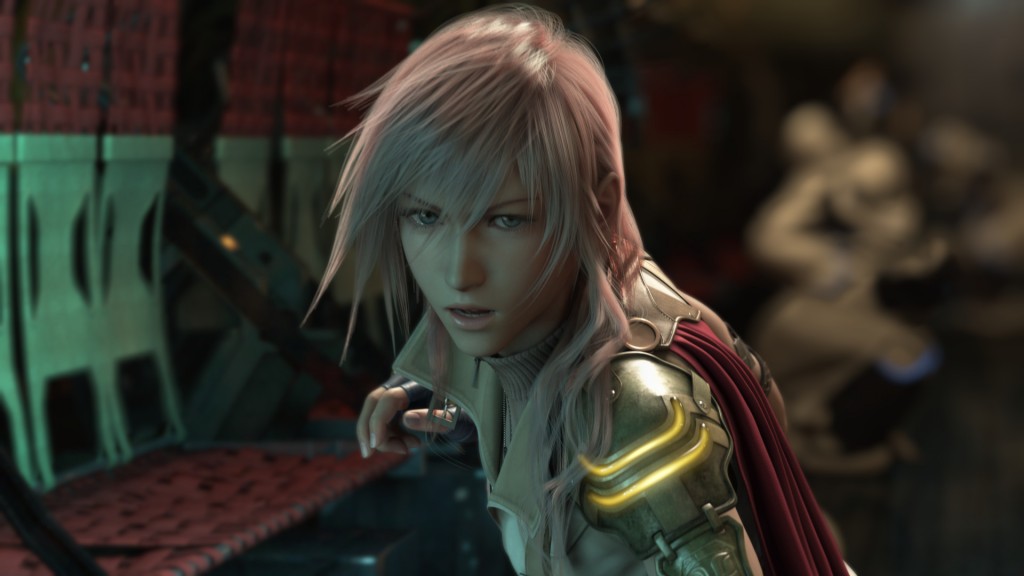 This is just a promo shot, not a GeDoSaTo one.

When Tim finishes downloading the gargantuan 50GB required for Final Fantasy XIII on PC, he’ll apparently find that Square decided to lock the resolution at 720p. That’s a bit crap, obviously, but luckily Peter “Durante” Thoman (he of the Dark Souls PC port mods) has stepped in to help.

Thoman’s ongoing work on his General Downsampling Tool (GeDoSaTo) already includes a work-in-progress fix for the Final Fantasy XIII resolution issue. The installer for the latest beta version of GeDoSaTo (0.14,) can be found over here, along with details of the newest release. He announced the release on NeoGaf.

The plugin for Final Fantasy XIII is described as “pre-alpha” and has some known problems (recreated below,) but will effectively allow you to render the game in any 16:9 aspect resolution up to 3840×2160 (assuming your PC can handle it, obviously.) It’s also possible to hide the HUD through GeDoSaTo’s standard keybinding feature.

Here are those known issues:

Currently using GeDoSaTo for FFXIII, downsampling from 1440p to 1080p. I'm finding that I have a jagged text issue, like on the main menu, opening movie (with the producers names and stuff), in-game menus, etc. I've been fiddling with various settings but haven't been able to smooth out the text.

Any suggestions on what I could do, or should I just wait for further updates?

Elaborate for me please? I didn't see anything like it when configuring the GeDoSaTo settings, though perhaps I missed it by mistake.
DeathSnipe777 posted...

Elaborate for me please? I didn't see anything like it when configuring the GeDoSaTo settings, though perhaps I missed it by mistake.

Its like the 4th command down in the configuration

I can't believe I didn't go back to see that. I chose lanczos and then never looked at it again.

You can toggle between them in game provided you have the hotkey set for it in hotkey options.

Lanczos may be high quality but in practice it doesn't look that good.

Then let me ask you...is there a spiral in the human ear?!

You can toggle between them in game provided you have the hotkey set for it in hotkey options.

Lanczos may be high quality but in practice it doesn't look that good.

Yeah I noticed that, switching to bicubic fixed the problem immediately. I simply thought lanczos was the "highest" setting. I need to brush up more on graphics settings.
Sours: https://gamefaqs.gamespot.com/boards/916373-pc/70295216
Modding Final Fantasy XIII: Create the Ultimate FF13 experience

A Complete Guide to GeDoSaTo Setup
Follow the easy setup instruction called "Explain it to me like I am 5" if you are having problems setting GeDoSaTo. Also when you get to "scalingType" I suggest you change this setting from "bilinear" to "lanczos" for higher quality. Sorry in advance if this has already been posted.