DIY School Bus Conversion (Turning a Bus into an RV) 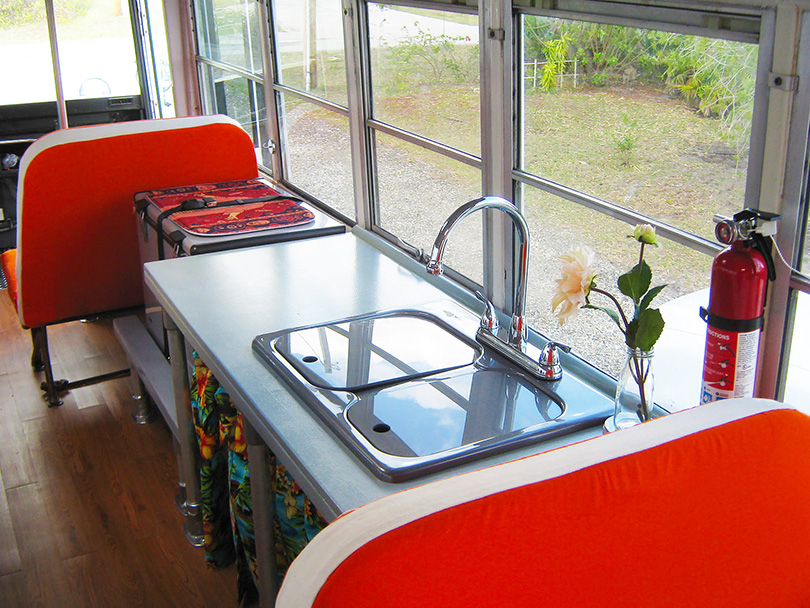 Converting a school bus into an RV or living space is a one-of-a-kind opportunity to create something unique and even save money in the process (traditional RVs or tiny homes can be quite expensive). Of course, each build will be different, and each bus to skoolie conversion is easier said than done. You need to be flexible and be able to work around the layout of the bus.

With that said, having a building material that is adjustable and easy to work with makes the process go a lot more smoothly.

By taking advantage of Kee Klamp fittings, Dana was able to convert this used bus into a beautiful RV complete with custom built countertops, storage, and bed frames. In this post, we cover the details of Dana's converted bus and how we were able to use Kee Klamp to create the countertops even with uneven surfaces throughout the bus. Follow along: 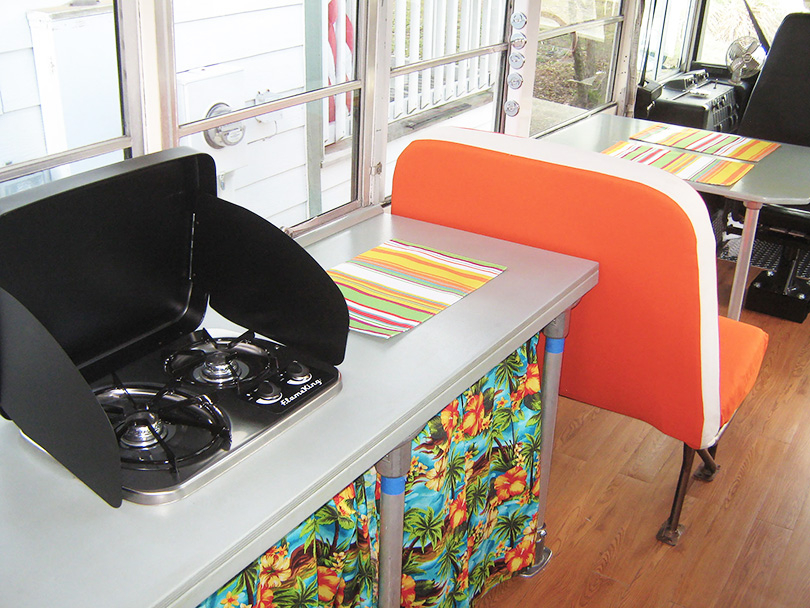 Dana purchased this Thomas school bus with the idea of converting it into an RV. Dana had a limited budget and a minimalist design idea. However, turning that vision into a reality would be a tough task.

"Converting a school bus is all about solving problems. For the most part, you can't just go down to the local store and pick up what you need," said Dana.

"There is a lot of research and testing and to be honest, wasting money. Ideas can look great on paper, but when you try and build them, they quickly show their flaws. One area that we did NOT find this to be true was when we designed and built our countertops. We knew they would need to be at the height of the windows, to allow for window replacement. And we knew they would need to be lightweight and simple."

To build the countertops in the school bus, Dana used Kee Klamp fittings and pipe to support the countertops. It took Dana a few nights of coming up with different design possibilities before settling on the current design. Don't take our word for it, take a look at Dana's Skoolie site. Dana's challenges and adventures are documented in The Bus Abides site.

To create the counter tops, Dana used plywood for the tops. The plywood tops were then attached to the "wall" using metal Dana bought at a local home improvement store. 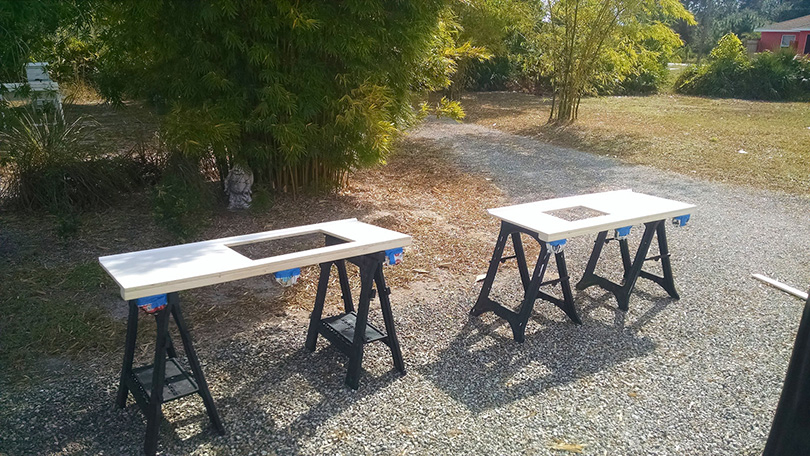 Pipe legs were then attached to the floor using the Railing Flange. 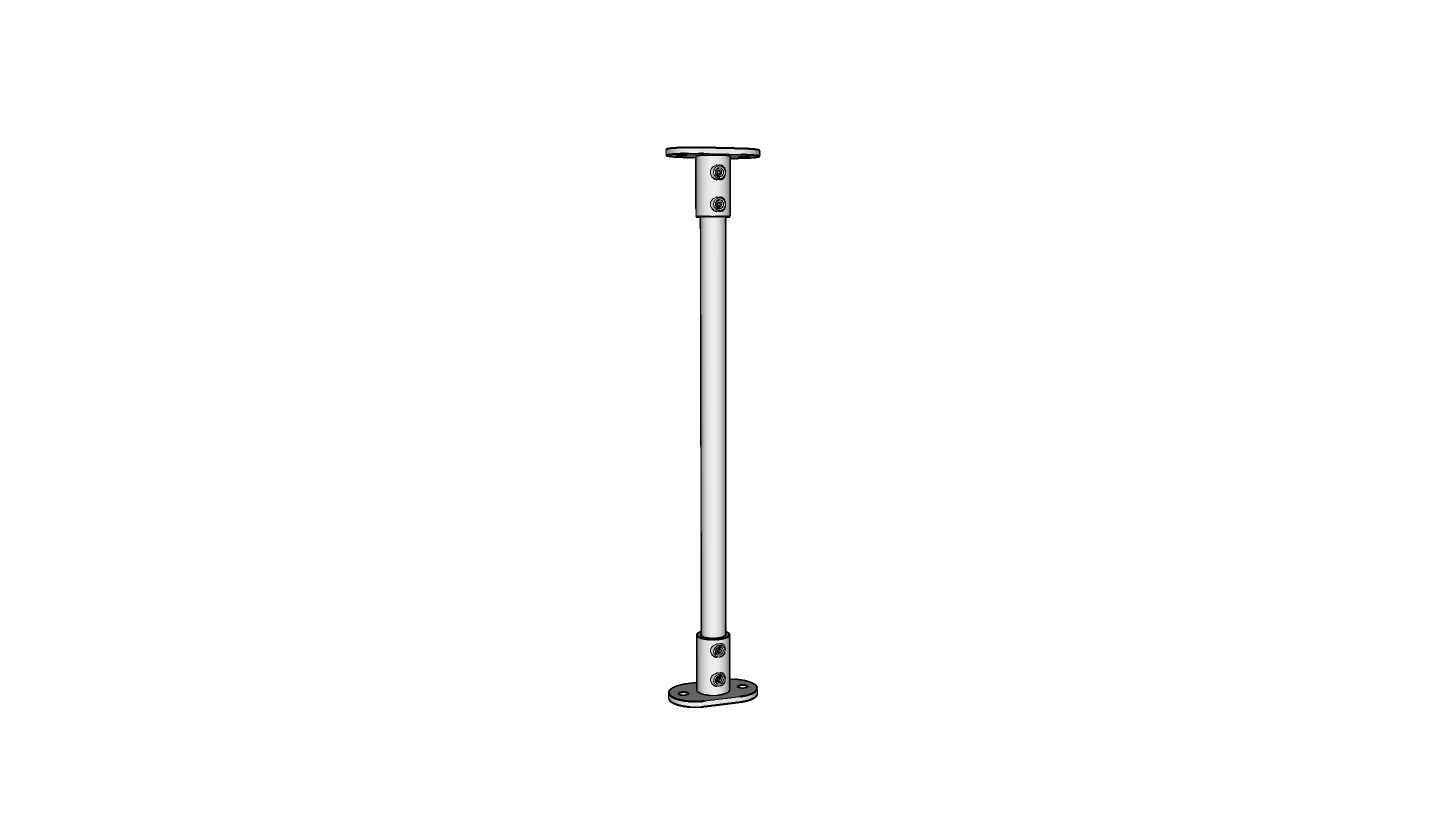 All of the pipe and fittings needed to assemble the legs for the countertops. 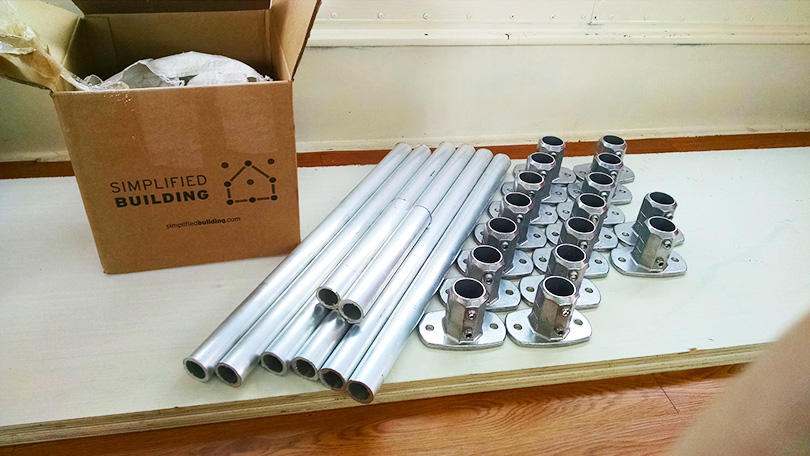 Dana ordered the fittings online and picked up the pipe from a local supply shop.

"Ordering online was simple and fast. Before we knew it, we had all our parts delivered. Then, we went down to a local metal supply shop and got the aluminum pipe we needed (cut to length)." 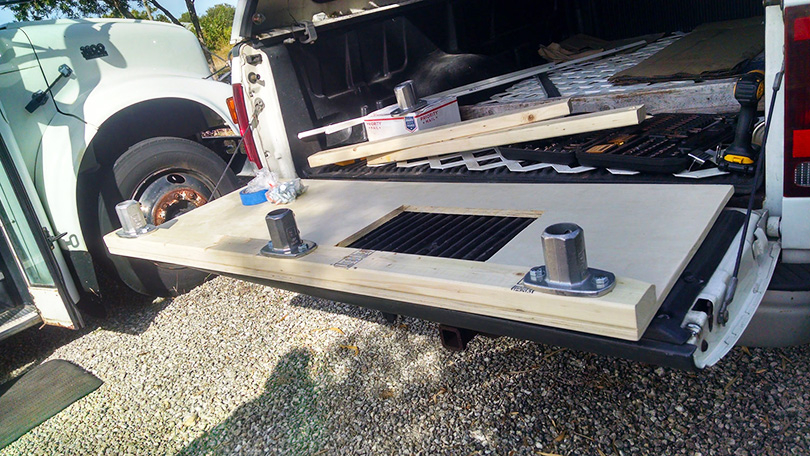 Overall, Dana has been pleased with the design and look of the countertops.

"We like the industrial look of the Kee Klamps and their ease of assembly. We also like that, unlike using wood legs, we can easily modify and add onto this build in the future. During assembly and painting we had to remove the counters more than once. Kee Klamp fittings made this super easy."

Another bonus to using Kee Klamp fittings for the design is that the fittings themselves are adjustable. This made leveling the structures easier when putting every together:

"They (Kee Klamp fittings) are also adjustable, which is useful when converting a school bus. Not everything in there is square and level." 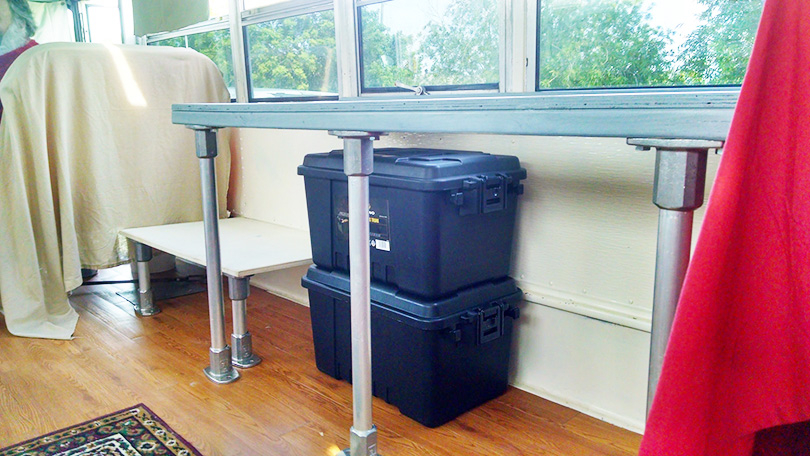 In addition to the countertop that houses the sink, there is also a lower counter that holds a volt refrigerator. On the other side is a cooktop counter. The open design of all three counters allows for plenty of storage space underneath.

Lastly, Dana appreciates how sturdy the countertops are:

"BOY are these counters sturdy and strong! You could rebuild a car engine on these things! Driving down the road there isn't a squeak or noise coming from them at all. "

Dana took his family on their first road trip in the converted school bus during August The 1,mile round trip spanned from south Florida to South Carolina to see the full solar eclipse that occurred on August 21st,

Plans for the bus include over-head storage over the beds. Dana plans on using Kee Klamp in this build as well.

"It was worth all the work. We love our bus, our counters and Kee Klamp. Simplified Building and their Kee Klamp fittings helped us realize a dream."

If you're thinking about converting a school bus into an Skoolie or living space, using Kee Klamp fittings as a building material is a great idea. The fittings are adjustable, and you don't need any expensive tools to use them (an Allen Wrench is all you need to secure the fittings to pipe). Additionally, there are over 80 different types of Kee Klamp fittings. Thus, making it possible for you to build almost any structure imaginable.

Try browsing our list of fittings to find a perfect fit for your next project. Lastly, if you have any trouble assembling or choosing the fittings for your project, don't hesitate to reach out to our team for help. We offer free design assistance and will even create a Sketchup drawing of your project so you can see how it will look before you purchase a single fitting or put it together.

This project is awesome!

Love this project? Share it with your friends on your preferred social network

Skoolie Life is growing almost as fast as the vanlife movement and converting a school bus is an excellent alternative if you want slightly more space inside your tiny home. Many vandwellers will make the move from camper conversions to school bus conversions as their family grows or when they decide to live a more static alternative lifestyle as they make perfect affordable tiny homes.

We have already shown you Mercedes sprinter conversions, DIY camper conversions, custom vans and many different tiny homes and today we’re going to showcase the ten best DIY School Bus conversions to inspire your tiny house build. So, if you’re looking to upsize your camper conversion, or maybe you’re wanting to start an off grid adventure and ditch the white picket fence then read on to discover how good your adventure bus could look.